Travel, eat, and repeat seemed to be my mantra in May, as I was on the road three weeks out of the four weeks of the month. Constantly dumping out a suitcase just to repack and hightail it to the airport was a bit exhausting, but the experiences (and eats) were well worth it. This week’s Weekend Roundup is brought to you by my May travels and includes my picks for must eat restaurants in London, Hilton Head, and Gualala.

London, Dishoom:
Before heading to London for my company’s user conference, a few of my colleagues and I posted on Facebook asking for restaurant suggestions from family and friends. We were surprised to find all of us were told that Dishoom, a modern take on Indian food with a twist, was a must. I’m usually not a huge fan of Indian, but decided to go with it since so many people with different tastes highly recommended the restaurant. Our first attempt resulted in a two hour wait for dinner, something we found out was a normal occurrence at Dishoom’s various locations throughout London (they don’t take reservations). We decided to ditch our dinner efforts and make another attempt in the morning before heading to the airport. I’ll admit I almost blew it (jet lag+a late night+not a morning person=I didn’t want to get up at 6 am for breakfast), but fortunately I was overruled by my colleagues and we headed to Dishoom with our suitcases in tow. The fresh squeezed OJ gave me life and I still have dreams about the bacon and egg Naan roll. Each naan is freshly baked—by hand, and to order— and the chilli tomato jam was to die for. According to Dishoom’s website, the restaurant was created to “pay homage to Bombay’s old Irani cafés— big-hearted, barmy and bustling places that bring together people from all walks of life.” The warm decor lends to this vision and makes you want to sink in and get comfortable. I wish we could have sampled Dishoom’s dinner menu, but you can bet I’ll take another shot at getting a coveted table for dinner the next time I’m in London. 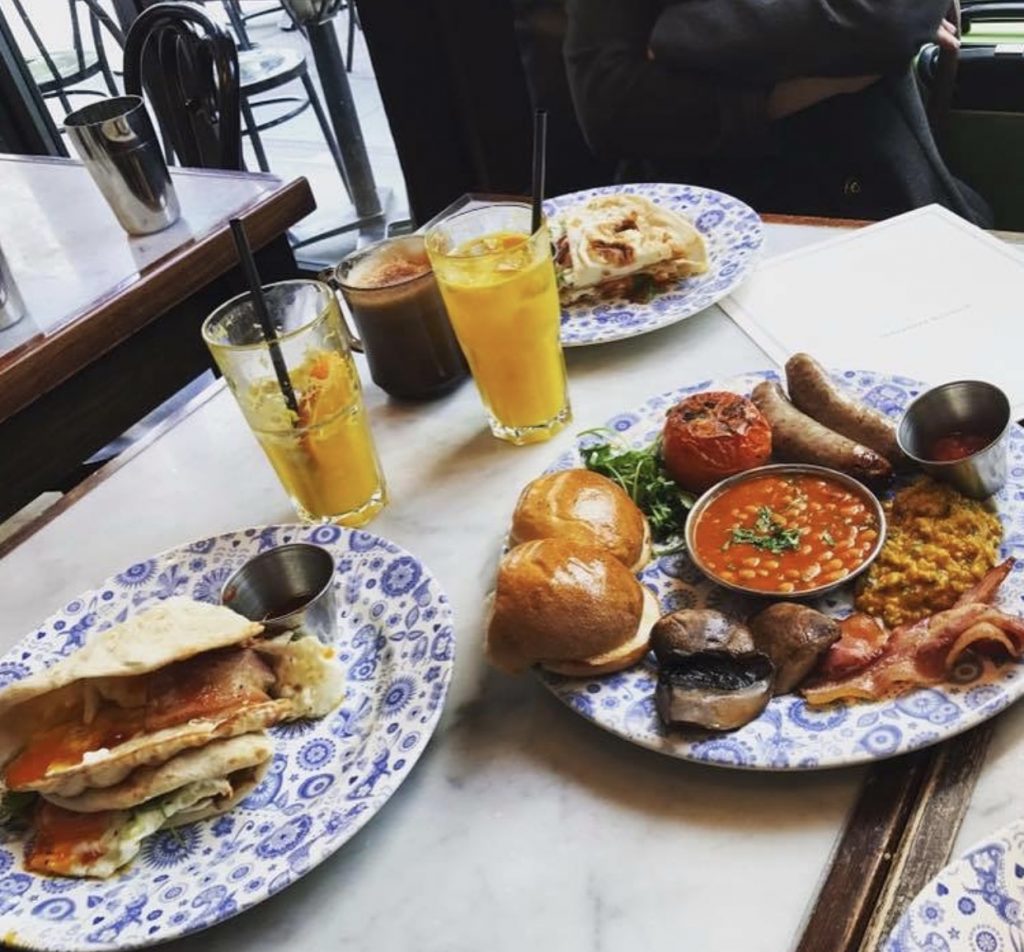 Gualala, Anchor Bay Thai Kitchen:
When planning our first year wedding anniversary trip, Jake and I were adamant we wanted to go somewhere off the grid. We came across Gualala, a small town about four hours outside of San Francisco, and were intrigued. Our Airbnb hosts were gracious and gave us restaurant suggestions for the tiny town and particularly impressed upon us that we needed to try Anchor Bay Thai Kitchen. I’ll admit, I had my doubts. We were in nowhere California— how good could the Thai be? Welp, my misgivings were way off base. After a day of hiking and exploring the beautiful cliffs and beaches, Jake and I opted for takeout to watch the sunset. We both agreed it was some of the best Thai we ever had (Jake couldn’t stop raving about the seafood red curry) and it was the perfect pairing to help us warm up as the California night chill set in. The next day, we checked out St. Orres, the big name restaurant in town, and both kept commenting that we wished we were eating at Anchor Bay instead. If you’re ever in Gualala, ditch St. Orres’ hefty price tag (and subpar food) and opt for the hidden gem that is Anchor Bay Thai Kitchen. 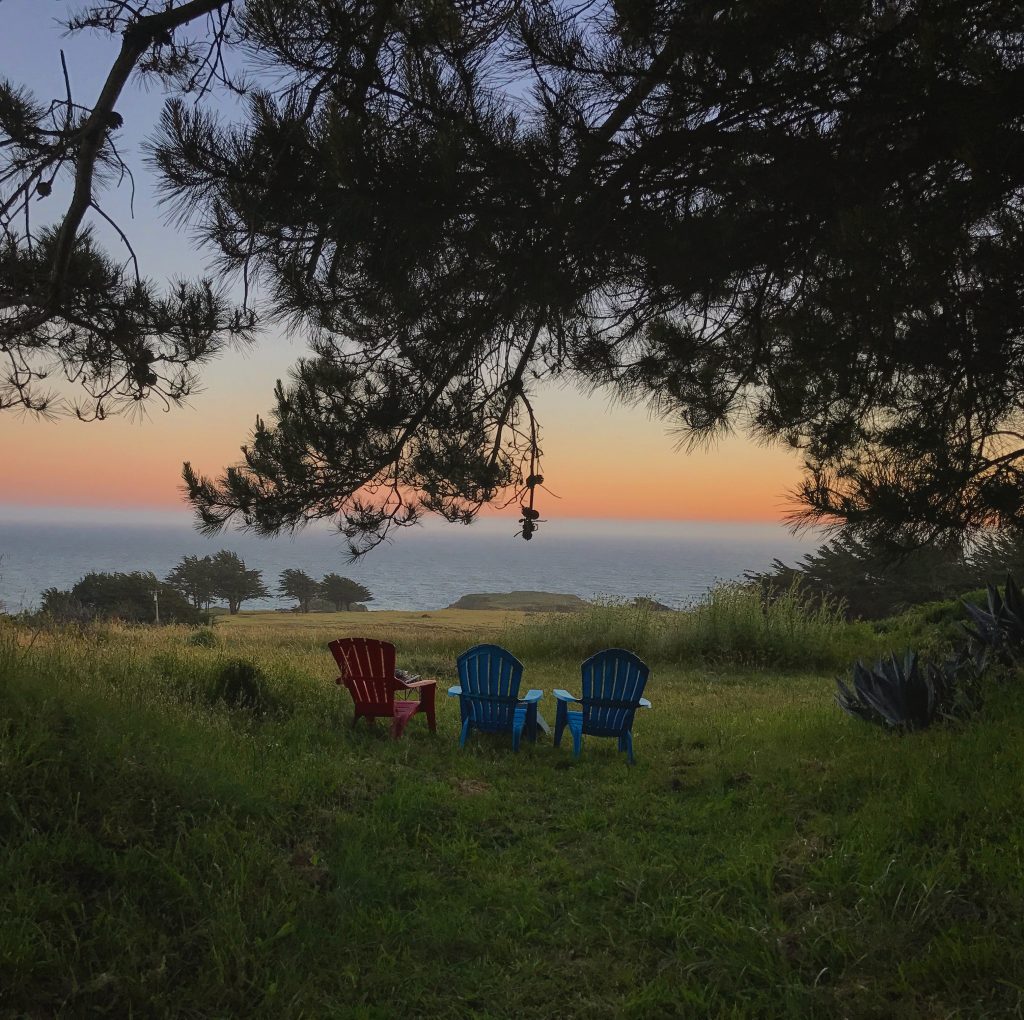 We were too busy watching the sunset/stuffing our faces to take pictures of our food, but take my word for it, the food was delicious!

Hilton Head, Fish Camp on Broad Creek:
I headed to Hilton Head for a girls’ weekend with the ladies of Jake’s family and one of our big nights out was dinner at Fishcamp on Broad Creek. Fishcamp is a new restaurant on the island and one of only a handful of restaurants on the water. As a history nerd, the background of Fishcamp is pretty interesting— the Camp served as one of the main connection points between Savannah (mainland) and the islanders before a bridge was built in the 50s. Service at the restaurant was subpar, but I was able to overlook this miss thanks to the food. Start with the ahi tuna two ways as your appetizer and you absolutely must get the seafood risotto as your main course. The seafood risotto included some of my favorite seafood— lobster, shrimp, and mussels— and was one of the best seafood dishes I’ve had in awhile. Complete your meal by getting a nightcap in the cute backdoor area as live music sets the mood. 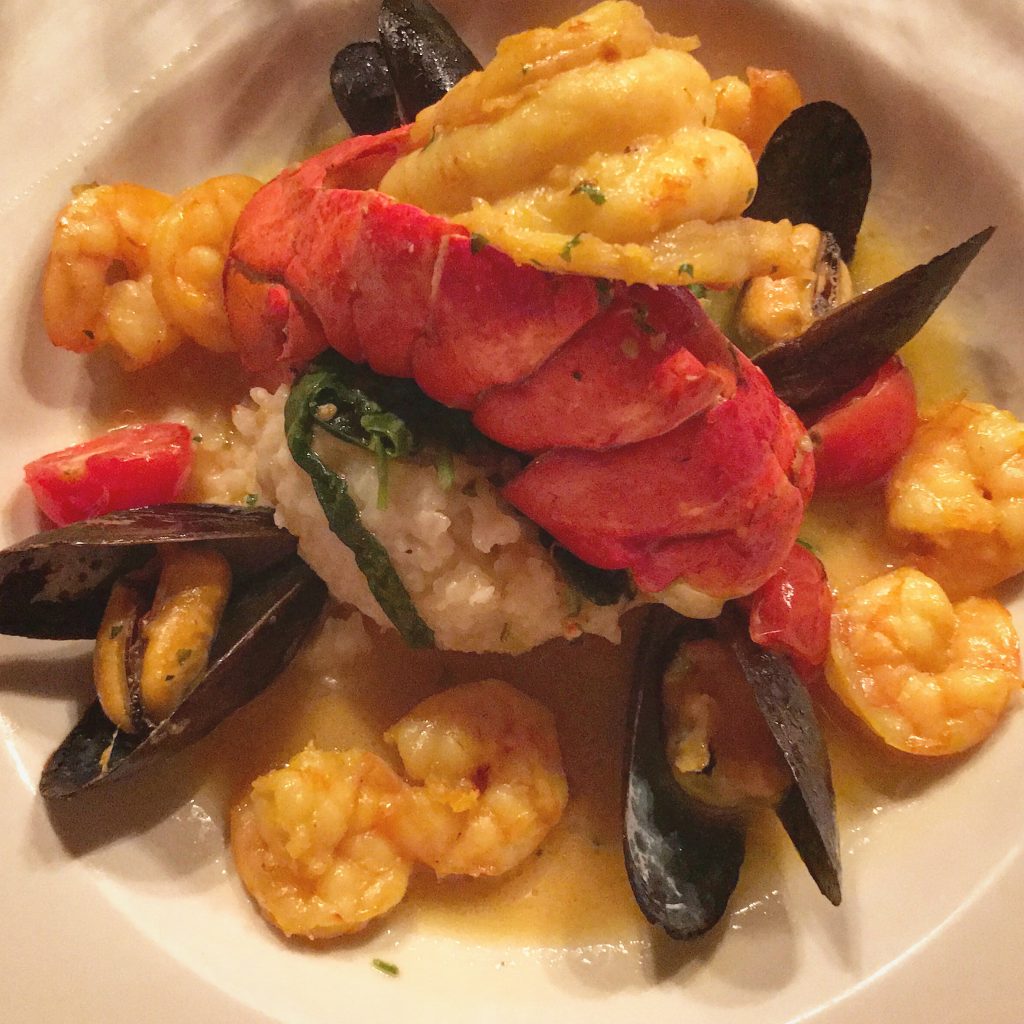 Don’t miss the last edition of the Weekend Roundup for suggestions on where to eat in Baltimore, Seattle, and San Francisco!